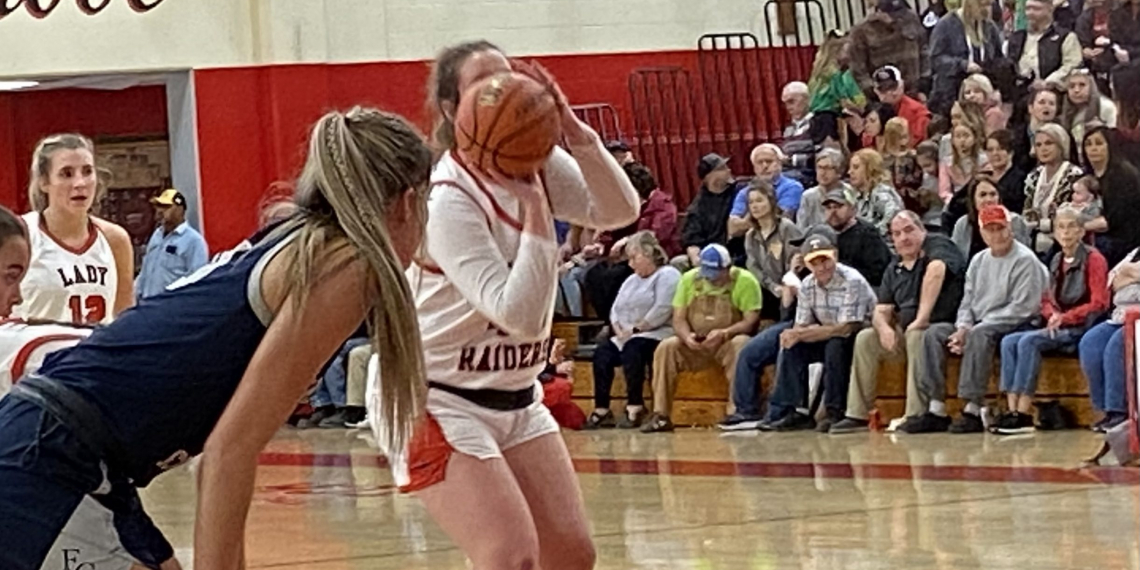 In the girls’ game the Lady Raiders got off to a slow start, falling behind the Rebelettes 10-7 about halfway through the first quarter. At this point Coffee County set the nets on fire as they went on 30-0 run to wrap the half with 37-10 lead.

In the 2nd half the Lady Raiders continued their excellent play as they overpowered Franklin County to remain undefeated in District 6-4A play (7-0) and up their overall mark to 21-3.

Alivia Reel was named the Rooster 101.5, Sir Pizza Player of the Game as she scored 21 points and numerous steals. Chole Gannon added 15. Katie Baker had 12 for Franklin County.

Franklin County led 37-36 when a technical foul was called on the Rebels with the clock showing 0.0. Coffee County Junior Dayne Crosslin was sent to the line by Coach Andrew Taylor and Crosslin was able to hit one of two to send the game to overtime.

Both teams only managed 2 points each in the first OT. Franklin County seemed to have the game in hand when the Raiders turned the ball over and Rebel DeBron Russell was going for a layup and Coffee County’s Connor Shemwell was called for an intentional foul with 1.5 seconds to play. Russell missed both shots, but Franklin County got the ball out of bounds and were fouled again but missed both free-throws again and the game headed to overtime number 2.

In the final overtime Franklin County’s Kaleb Rigsby hit a difficult shot with 3 seconds left and the Raiders final shot was no good bring an end to exciting 41-39 final.

With the win Franklin County takes over first-place in the district standing followed by Coffee County (15-8 and 5-2 in District 6-4A).

Dayne Crosslin led the way with 9 points, followed by Jackson Shemwell and Brady Nugent with 8 each. Nugent was named the Sir Pizza Player of the Game.

Next up for Coffee County basketball are games at Warren County at 6pm on Friday night and you can hear both games on The Rooster 101.5 FM, rooster1015.com or the Rooster 101.5 app.

Photo: Chole Gannon hits a free-throw against Franklin County on Tuesday in Manchester