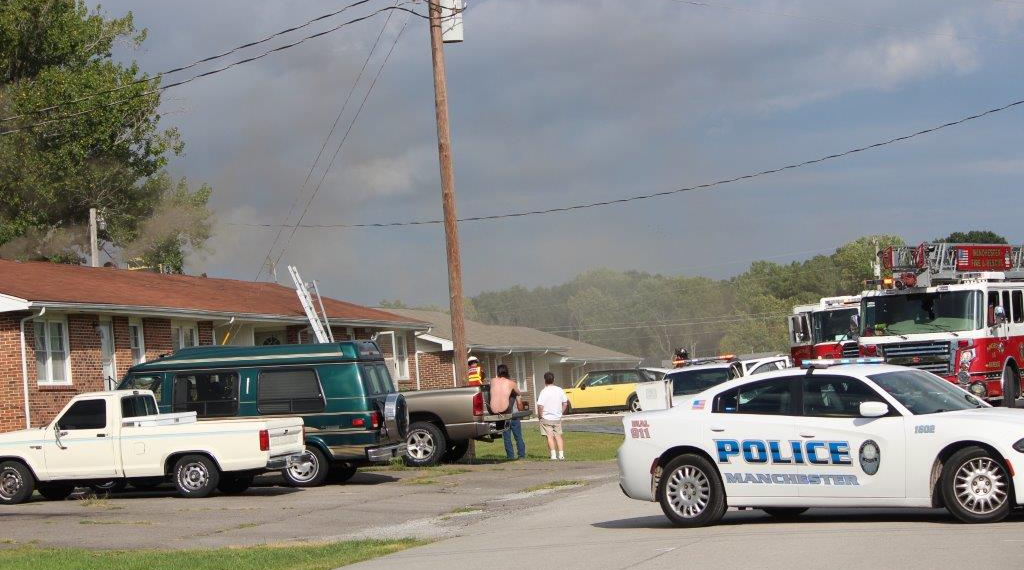 Monday afternoon at 4:05 PM, Manchester Fire & Rescue responded to a structure fire at 91A Hayfield Square.

Upon arrival, crews were met with heavy smoke conditions coming out of the roof at the residence. While assessing the scene heavy fire was discovered in the rear of the 91-A apartment.

Approximately 45 minutes after the fire was extinguished, firemen returned to the scene after hot spots were discovered in Apartment B. Crews pulled down some smoldering insulation to take care of the issue. The fire is currently under investigation as to the cause.

There were no injuries to occupants, pets or firefighters during this incident.