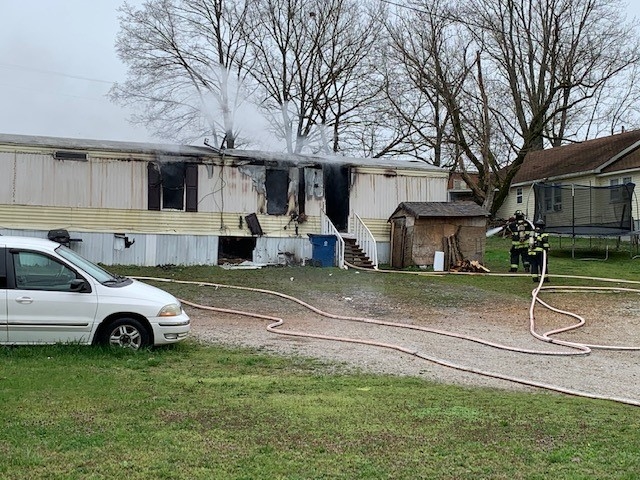 Fire crews responded to a structure fire at 808 Madison St around noon Sunday. Crews arrived on scene and found a fully involved fire mobile home. Crews checked with bystanders immediately during their 360-degree survey of the home and were advised that all residents were out of the home and accounted for. Firemen attacked the fire very quickly and knocked it down quickly. Once the fire was reset crews entered the home and attacked the fire in the kitchen area of the home and began putting out hot spots throughout the home. Manchester Fire & Rescue swapped out and the second crew entered the home and continued with the putting out hot spots in the home.
Two families were displaced due to the home being a total loss the Red Cross will be taking care of obtaining lodging for them. 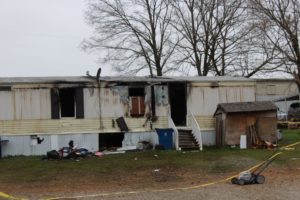 Manchester PD did an excellent job of blocking of streets for responding crews, Coffee County Communication Center did a great job in assisting crews and providing critical information during their response. Coffee County EMS was on scene and provided excellent help also. Duck River Electric was called in to secure power at the home. There were no injuries to residents or firefighters during this incident. The fire is currently under investigation by Manchester Fire-Rescue.