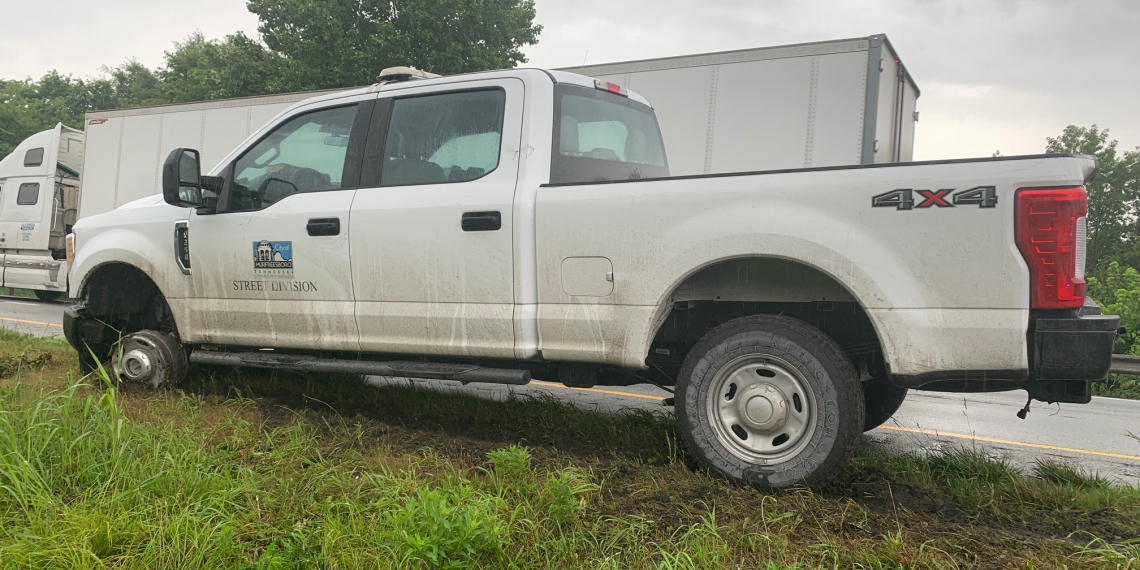 On June 7, 2022, at approximately 9:45 am, the Coffee County Sheriff’s Department was involved in a pursuit involving a stolen vehicle from Murfreesboro.

While units were converging near the 97 mm, dispatch advised that Rutherford County units had terminated their pursuit as it entered Coffee County. Units from Coffee County spotted the truck near the 103 mile-marker and initiated a traffic stop. The driver of the vehicle, later identified as Jose Contrekas, 23 of Old Hickory, Tennessee, failed to stop and continued eastbound on the interstate.

According to Assistant Chief Adam Floied, Manchester officers were set to spike strip the truck, but because of safety concerns for other vehicles they did not attempt. Manchester Police kept the vehicle from entering into the city by keeping the truck on the interstate.

The Coffee County Sheriff’s Department reports that deputies were able to spike strip near mm 114. This maneuver damaged the vehicle’s left front tire, causing it to go flat. The subject continued traveling east on I-24 heading into Grundy County. When the truck entered Grundy County, the driver rammed a Coffee County Investigator vehicle, who was assisting in the pursuit, causing the patrol unit to leave the interstate into the median.

Grundy County picked up the pursuit as it continued on the interstate over Monteagle Mountain into Marion County, where Marion County deputies began to assist in the pursuit.

The vehicle finally came to a stop around the 154 mm around 70 miles from where it began in Murfreesboro. Contrekas was taken into custody and transported to Coffee County where charges were obtained for evading arrest with a $10,000 bond. Rutherford County has a hold on the subject.