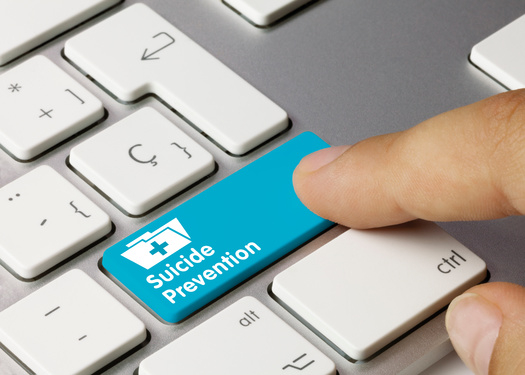 September is National Suicide Prevention Awareness Month, a time to spotlight this issue in Tennessee and across the country.

Almost 1,300 Tennesseeans took their own lives in 2020, according to the Centers for Disease Control and Prevention. That’s almost 18 people per 100,000 residents – and of course, every suicide affects friends and family members as well.

Jeff Fladen, executive director of the National Alliance on Mental Illness (NAMI) chapter in Tennessee, says they work to enhance the lives of those affected by mental illness. He explained that it’s important to know suicide isn’t the answer and to seek help through the suicide-prevention hotline.

“We always talk about ‘you’re not alone,'” said Fladen. “People may feel very alone if they’re depressed, or even if they’re not depressed, but they don’t see ways to end the pain or to feel better. Now, we have 988, so it’s real easy – just call 988, and you will get to talk to somebody that can help.”

The theme of this year’s awareness month is “Together for Mental Health,” focusing on the need for more mental health resources.

Suicide is not just a growing issue in Tennessee but across the nation. The CDC reported in 2020 that nearly 46,000 people took their own lives.

Fladen said they’re working on diverse outreach efforts within the Hispanic, African American and Asian communities, to help reduce the stigma of suicide and mental health issues in those communities.

“We also support things like the National Suicide in the Black Church Conference, which takes place in Memphis, Tennessee, every two years,” said Fladen. “We have programming we offer every year that features diverse presenters. We want to help people see people that look like them.”

According to NAMI, almost 5% of adults consider suicide at some point in life. Among high school students, that increases to almost 19% – and 45% for LGBTQ young people.

Photo: According to a 2021 study by the Substance Abuse and Mental Health Services Administration, there was a reduction in symptoms of depression, PTSD and anxiety when those surveyed used telehealth. However, there are some who feel little things could be lost in the conversion to a virtual world. (Valerii Honcharuk/Adobe Stock)