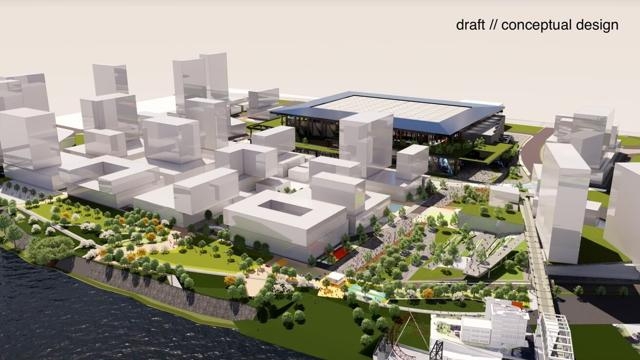 Nashville Mayor John Cooper and the Tennessee Titans have announced they have agreed to terms for a new stadium with a price tag of more than $2 billion. The deal requires Nissan Stadium be demolished and the new stadium be built on nearby lots.

The plan will have to be approved by Metro Council.

The stadium will be an enclosed dome without a retractable roof, officials said. However, the roof will be translucent, and the stadium will have a glass side wall that can be opened.

The Titans will play on turf rather than grass. Naming rights have not yet been determined. The stadium would be able to hold 55,000 to 60,000 fans.

According to a media release from Mayor Cooper’s office, $840 million for the new stadium will come from the Titans, NFL and personal seat license sales.

The state legislature will provide a one-time contribution of $500 million. The remaining $760 million will come from revenue bonds issued by the Metro Sports Authority to be repaid through different revenue streams, like a new 1% hotel tax and sales taxes collected at the new stadium and its campus.

Costs of stadium-related infrastructure and demolition of the old stadium are built into the deal.

The new stadium will also feature other events, such as CMA Fest, concerts, and potentially major sporting events like the Super Bowl, college football playoff games, WrestleMania and more, according to local officials. The stadium will be home to four Tennessee State University home games a year.