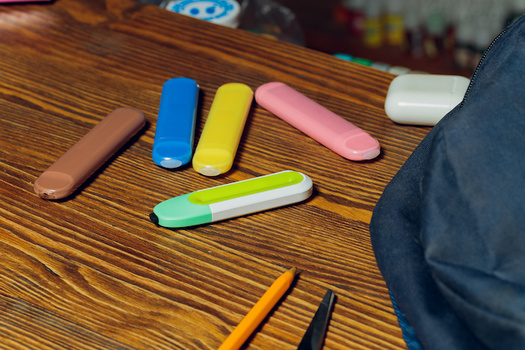 After an investigation found the e-cigarette maker Juul Labs deliberately targeted young people using a variety of marketing practices, Tennessee is among the states that will benefit from the court settlement.

Juul has said its aim has been to “transition adult smokers away from cigarettes,” but states argued that its advertising showed otherwise. Tennessee is one of 34 states that will share more than $438 million.

In addition to explicit advertising to kids, said Tennessee Attorney General Jonathan Skrmetti, the company is required to stop even so-called “subtle” forms of marketing through social media and other avenues “such as funding education programs, which let them put their name and the existence of their product in front of kids. They’re not allowed to use people under the age of 35 in their marketing. So, they can’t pay influencers; they can’t use celebrities who are younger, who appeal to younger people.”

He added that the company can no longer sell flavors that aren’t approved by the Food and Drug Administration or misrepresent the nicotine content in its products. Juul also will have to verify the age of its followers on Twitter and Instagram. Skrmetti said the settlement money will go into the Office of the Attorney General’s Reserve Fund, to support ongoing consumer-protection efforts.

Skrmetti said the company’s tactics, like those of big tobacco in previous generations, were aimed at creating a new crop of long-term customers.

“If they’re adults and they choose to use these products, that is their choice,” he said. “But when they’re younger – when they’re more vulnerable, when they’re not in a position to make that informed decision – this settlement will protect them from the subtle manipulation that could otherwise turn them into lifelong consumers.”

According to the Centers for Disease Control and Prevention, as of last year, around 2 million middle- and high-school students said they recently had used e-cigarettes.