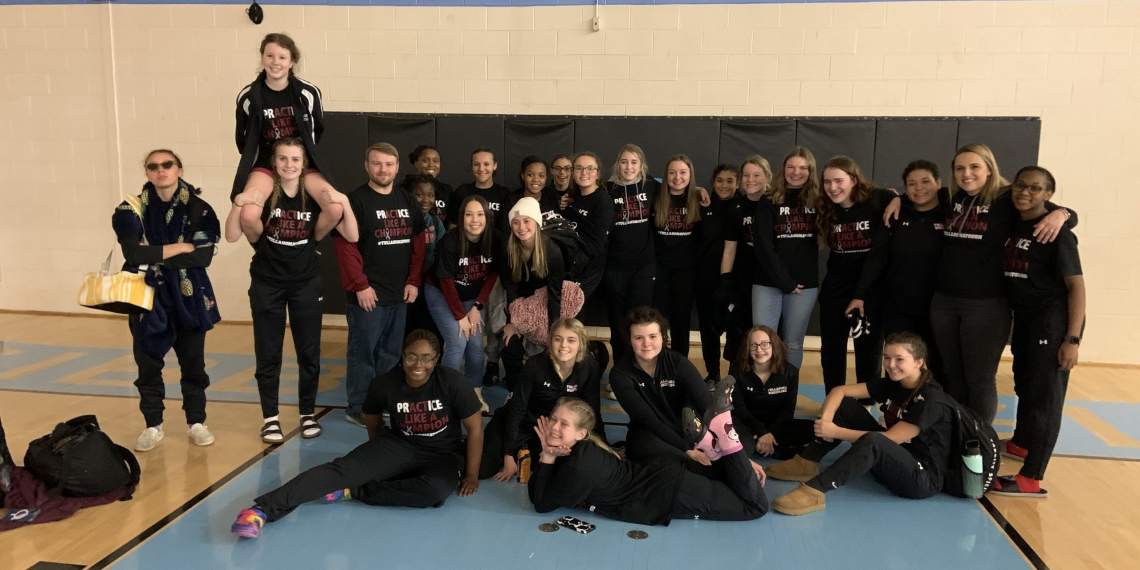 For the first time in school history, both the Tullahoma High School girls and boys wrestling teams will be heading to the TSSAA State Duals Meet after securing their spots during Saturday’s sectionals.

After finishing as their respective region runner-up, both THS teams traveled for their sectional round matchups. The Lady Wildcats earned their first-ever opportunity into the state duals with a 39-30 win at Knox Gibbs, while the Wildcats will be making their seventh appearance at state following a 42-33 victory at Green Hill.

After leading 27-24, the Tullahoma girls team fell behind 30-27 with just two bouts remaining. Early into her matchup, Tullahoma’s Brittney Meneses fell behind and avoided a near pinfall as the clock ran out in the first period. Meneses dominated the second round and pinned her opponent to put the Lady Wildcats back in front 33-30.

“If Brittney had even lost her bout by a decision, we would have lost that match. She notched the pull-out win that we needed,” said THS Lady Wildcats’ Head Coach Jenna Morris. “Brittney was on her back during the first period, but thankfully time ran out. She was able to break her down, catch her wrist and get the win.”

Payton Agnell followed by clinching Tullahoma’s spot into the state duals. Agnell took control of her match with an early takedown and followed that with a pin to secure the 39-30 victory for the Lady Wildcats.

“Every time Payton is on the mat, we expect six points from her, and that’s exactly what happened,” Coach Jenna Morris said. “It was a big win, and it made history for this program.”

Tullahoma is one of four teams to qualify for the TSSAA Girls State Duals Tournament. Joining the Lady Wildcats will be Cleveland, Clarksville and Rossview.

“Our slogan all year has been, ‘Digging Deeper.’ I think after getting beaten by a first-year Cleveland team at the region tournament last week, our wrestlers realized that they really have to dig deep,” Coach Jenna Morris said. “They did exactly that against Gibbs. We are excited to be top four in the state and look forward to seeing some of the matchups at state. I think we have a good shot to be state champions this year.”

Like the girls, the Tullahoma boys wrestling team had to overcome a late deficit to secure its spot in the Class A State Duals Tournament. With three bouts remaining, the Wildcats trailed Green Hill 33-24 before rallying for the 42-33 victory.

“It’s really gratifying,” said Wildcats’ Head Coach Al Morris. “The kids put in a lot of work, and this is still a really young team. It came down to the last match, and our kids stepped up and won when they needed to. When we got down to the last three matches, we knew that we had matchups that we liked. We were able to put ourselves in the position to get a victory, and thankfully we did. Now we are getting ready to head back to state.”

Roark Konyndyk led off the comeback by Tullahoma by notching a second-round pin. Chandler Kile followed with a second-round pin of his own to put the Wildcats in front 36-33. Zech Swiger clinched the Tullahoma victory with a quick first-round pin to send his team to the state duals.

Tullahoma is one of eight teams that qualified for the Class A State Duals. While he would like to see his team win, the Wildcat Head Coach just wants to see his team go out and compete when it comes time to wrestle in Franklin.

“It’s just so great that this group of kids is getting to experience this moment,” Coach Al Morris said. “I want these kids to enjoy this one. Going to the state doesn’t happen very often, and it’s something that I don’t want them to take for granted. This is a special group of kids, and they continue to find success.”