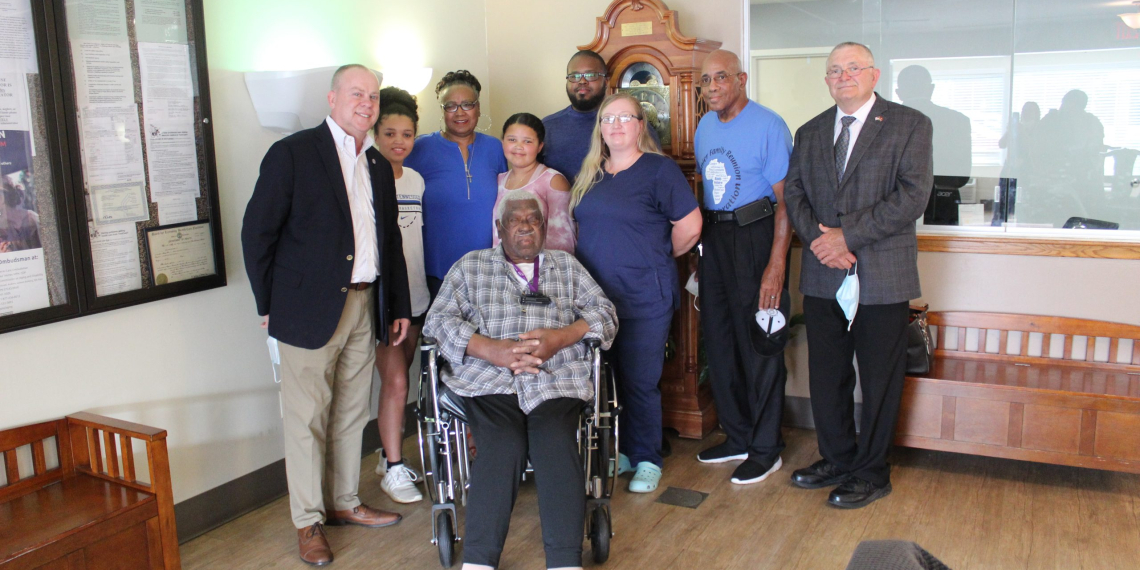 Commissioner John Brown was honored on Tuesday, July 12, for 40 years of service to the people of Bedford County. Brown, who represents the 8th District, within the Shelbyville city limits, has served on Bedford County Board of Commissioners since 1982 and is its chairman pro tem. He is the longest-serving current member of the commission.

Brown was honored with a resolution signed by Tennessee Speaker of the House Cameron Sexton, State Rep. Pat Marsh and State Sen. Shane Reeves, and with a certificate from the Tennessee County Commissioners Association. TCCA executive director Charles Curtiss presented both to Brown Tuesday evening at Viviant Healthcare, and then made a presentation to Brown’s family an hour later during Tuesday’s commission meeting.

Brown is an ordained minister, who most recently served as pastor of Mt. Olive Missionary Baptist Church in Fayetteville, from which he retired last year. For 20 years, from 1960 through 1980, he was president of the Shelbyville branch of the NAACP. He has worked as a Shelbyville police officer, and for Eaton Corp. in Shelbyville.

The resolution signed by the state legislators declares that Brown “has proven himself to be wholly committed to the noble precepts of public service that have earned Tennessee recognition as the Volunteer State, and he should be specially recognized for his many years of honorable and astute service to the citizens of this State.”