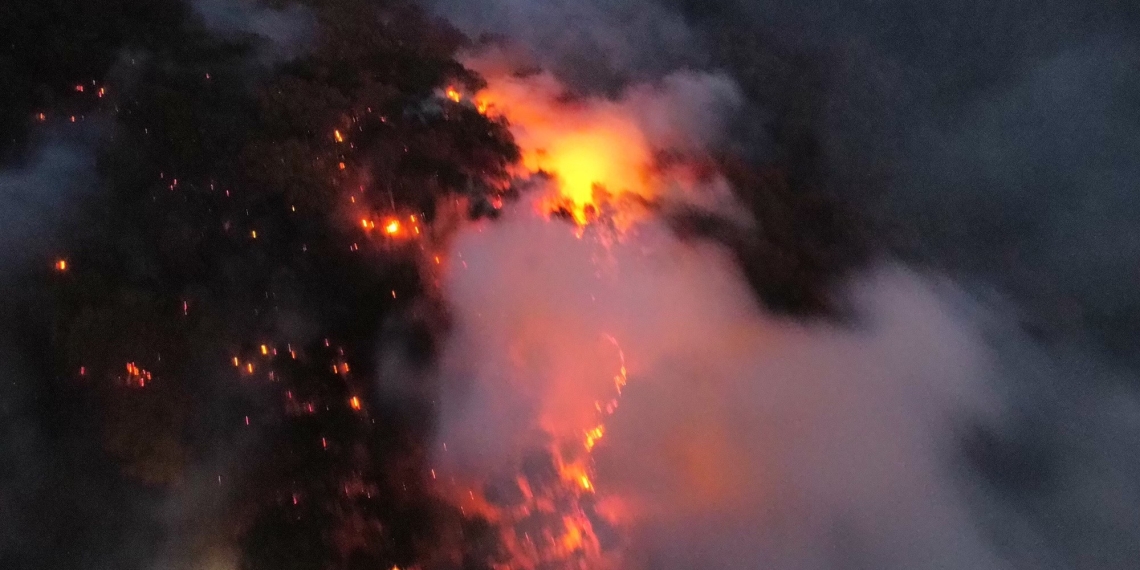 On Monday October 24 Warren Co. deputies were dispatched to the Isha Property in response to an individual that had been banned from the premises and set up a campfire on the property. Officers arrived to find an uncontained fire.

Robert Vincent Halter has been arrested and taken into custody charged with Reckless Burning and Criminal Trespassing.

A Blackhawk helicopter arrived on Tuesday and has made 2 drops at the fire located behind Isha.

Multiple acres have burned, but no report of has been released of many due the fire still burning as of late Tuesday afternoon.

Bedford County man Arrested for Sexual Exploitation of a Minor