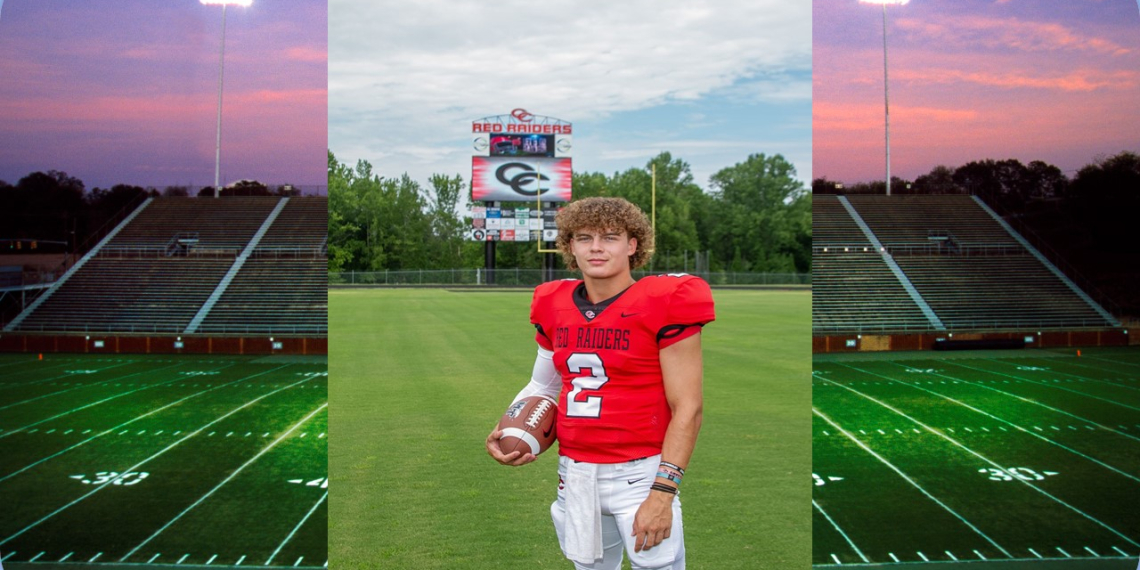 The Raiders got their scoring started on a blocked punt by Nate Luttrell and he would also scoop the ball and run it into end zone from 30 yards with 9:18 remaining in the 1st quarter.

The Rockets answer back when Malachi Telin hit Anthony Thiphavong with a 36-yard TD pass with 5:17 left in the first.

At the 4:04 mark of the 2nd quarter Konor Heaton would rush the ball 23 yards for his 19th total touchdown for the season to make the halftime score 14-7 Coffee County.

After the half the Red Raider defense went to work shutting down Rockvale’s up tempo style offense. The Rockets only scored one time and it was with 1:25 remaining in the game to make the final 35-14 Coffee County.

The first second half scoring for Coffee County came with :24 seconds left in the 3rd when Cole Pippenger connected with Ian Weldon, who made a diving catch for the score from 25 yards.

In the fourth the Raiders scored two more times. Pippenger hit Travis Martin with a 10-yard TD pass with 8:22 to go in the game. Pipp also had a 5-yard run with 3:35 remaining. With 2 touchdown passes and one rushing Pippenger was named the Rooster 101.5 Player of the Game.

Coffee County improved to 7-2 on the season tying the most wins since 2003. They will host Rhea County on Friday for Senior Night to try and win their 8th regular season game for the first time since 1981. You can hear the game on Rooster 101.5, rooster101.5.com and the Rooster 101.5 app.