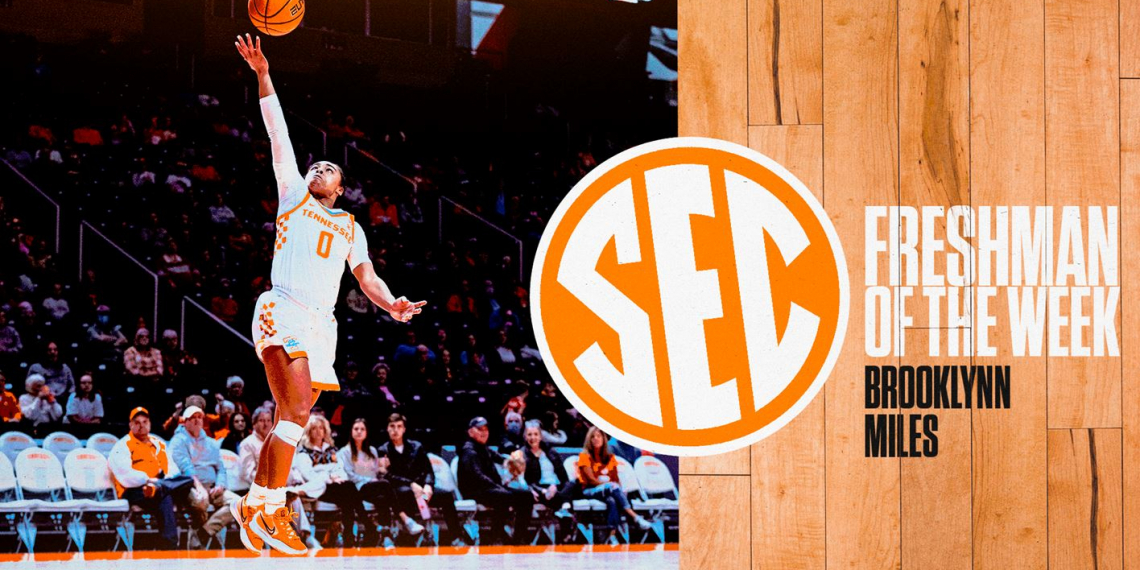 Miles came off the bench to fire in a career-best 11 points and filled the stat sheet with four rebounds, three assists and a pair of steals in only 20 minutes, as the No. 7 Lady Vols remained unbeaten with an 84-60 triumph over Georgia State on Sunday. Miles, connected on three of five field-goal attempts, including a career-high two-of-three effort from beyond the arc, and dropped in three of four free-throw tries to produce more points in one game than she had in her previous eight college games combined (10). UT’s back-up point guard and one of the first off the bench for Kellie Harper every game, Harper committed only one turnover in 20 minutes of duty vs. the Panthers and helped the Lady Vols to their highest offensive output of the year. Miles now has 13 assists to only three turnovers in her past three contests and has a positive ratio of 21 dimes to 13 miscues for the season.

This is the second straight week a Lady Vol has been named the Women’s basketball Freshman of the Week. Sarah Puckett picked up the honor last week.