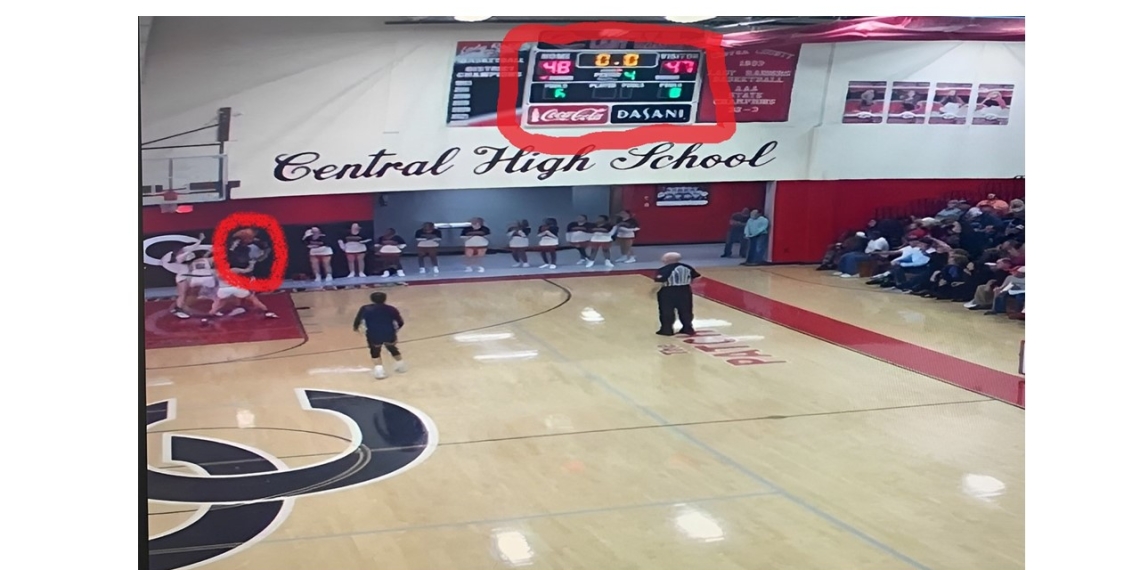 In a game that was set up to be a classic was as good as advertised. Class 4-A’s #1 Blackman Lady Blaze took on 3rd ranked Coffee County in Manchester on Friday night. Coffee County lost to Blackman on November 28.

After the 1st quarter the Blaze held a 14-12 lead and continued their 2-point advantage at halftime over the Lady Raiders, 26-24. In the 3rd Blackman gained their biggest lead of the game 34-25.

Coffee County began to chip away at the lead after an 11-2 run and the tie the score at 38 on Emaleigh Tarpley’s 3-point shot. close to the end of the 3rd quarter,

In a hard fourth fought quarter the Lady Raiders grabbed a 48-47 lead with 43 seconds remaining after Olivia Vinson hit Chloe Gannon with a beautiful pass that she laid in.

After a Coffee County turned the ball over with only a few seconds to go the Lady Blaze had a chance. A shot was missed, but a follow-up by Blackman’s Lauren Smith was good as time ran out, but did it count? A long discussion between the officials ended with the referees waving off the shot as time had run out. Later a video screenshot clearly showed the ball was still in the hands of Blackman’s Lauren Smith with no time left.

With the win Coffee County improved to 11-1 on the season and the Lady Blaze fell to 7-1.

The Lady Raiders were led in scoring by Chloe Gannon with 15 and Olivia Vinson added 11.

In the boys’ game the Coffee County guys were also trying to avenge a loss to Blackman in November when they lost in Murfreesboro 49-40 in overtime.

Friday night the Red Raiders just kept grinding despite not shooting the ball at a high percent. The Blaze led by one, 15-14 at halftime and gained a 6-point lead in the second half.

Cooper Reed had the hot hand and helped Coffee County close. With the game tied at 29, Red Raider Jackson Shemwell hit a free-throw with 8 seconds left to give Coffee County the lead 30-29. After he missed the second shot Blackman could not get off a clean shot and the Raiders were able to win the low scoring battle to improve to 8-4 on the season as the Blaze fell to 3-4.

Reed led Coffee County with 13, with 11 coming in the second half. He scored 11 of the Raiders’ 16 in the final two quarters. Deion Subaran who took a hard fall the 3rd quarter had to sit out the rest of the game finished with 6 and Shemwell added 5.

Both Raider teams will travel to Rockvale on Monday and Tullahoma on Friday.